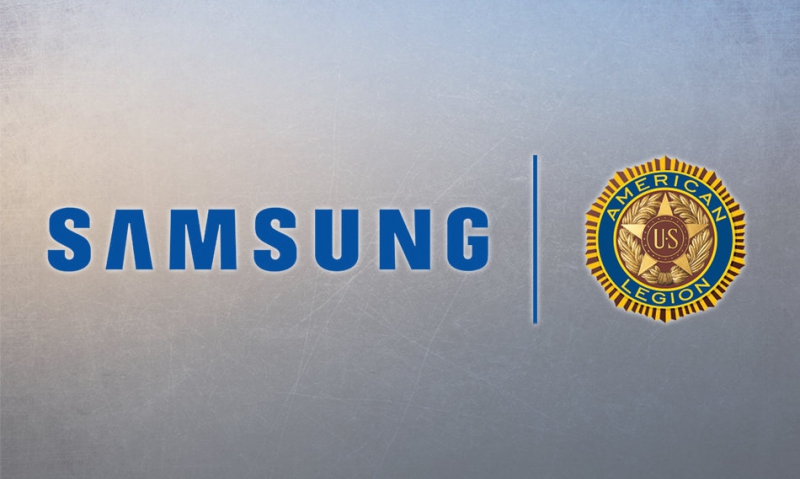 Out of more than 5,300 applicants, the Samsung American Legion Scholarship for 2017 was awarded to 20 youth with a scholarship of up to $10,000 for undergraduate study. And 79 department finalists each received $1,250.
The recipients earned the award based on several criteria, including participation in American Legion Boys State or Auxiliary Girls State and being a direct descendant of a wartime veteran eligible for American Legion membership.
The recipients were announced during the Legion's annual Fall Meetings in Indianapolis on Oct. 11.
The 20 Samsung Scholars are:
Jack Gardner of California
Heather Stout of Utah
Grayson Stinger of Kentucky
Claire Seibel of Virginia
Connor Wagaman of Delaware
Krista Flinkstrom of Massachusetts
Daniel O'Hara of Iowa
Margaret Kleiman of Minnesota
Nathan Alvarez of Louisianna
Lindsay Fincher of Alabama
Michael Zendejas of Washington
Trevor Goldsmith of Nevada
Nathaniel Boerner of Ohio
Jerry Lacy of West Virginia
Cormac Mahoney of New Hampshire
Jennifer Magnoli of Connecticut
Lauren Gateley of Missouri
Ryan Albrecht of Minnesota
Alexa Lowman of Florida
Luke Long of Arkansas
Since Samsung bestowed an endowment to the Legion in 1995 for the establishment of a scholarship fund for family members of U.S. citizens who are war veterans, more than $5.7 million has been awarded. The gesture was inspired by the support of the U.S. troops that came to the aid of South Korea while defending themselves against opposing Chinese and North Korean forces.
The Samsung American Legion Scholarship is available for high school juniors who participate in the current session of Boys State or Girls State and are direct descendants (or legally adopted children) of wartime veterans eligible for American Legion membership. The Samsung scholarship awards up to $20,000 for undergraduate studies (e.g., room and board, tuition and books), and each applicant is selected according to his or her involvement in school and community activities, academic record and financial need.
For more information about the scholarship, visit www.legion.org/scholarships/samsung.

The American Legion
Apr 26, 2017
The American Legion played a prominent role in Samantha Goerger’s life in 2014. It was the year she represented the Department of North Dakota in the Legion’s National Oratorical Contest in Indianapolis; attended Auxiliary Girls State; and won a $20,000 Samsung American Legion Scholarship. The 20-year-old from Wyndmere, N.D., credits her participation in the Legion programs and scholarships earned for being able to attend Princeton University.
“(The Samsung scholarship) has allowed me to focus my studies toward law … something previously unreachable. And the Oratorical Contest has given me a background in law and politics that facilitates my decisions and my studies,” Goerger said. “Truth is, my experience (at Princeton) would be completely different if it wasn’t for The American Legion.”
Goerger’s knowledge of The American Legion’s program and scholarship opportunities began in 2011 when her sister, Marie, won the Samsung American Legion Scholarship. That following year, Goerger participated in the Oratorical Contest as a freshman in high school and made an appearance at the national level in 2014 as well as 2015.
“The Oratorical Contest gave me historical background (on the U.S. Constitution) and speaking skills that I never would have gotten anywhere else. This is very important at Princeton as the environment calls for experts in their fields,” Goerger said. “I would hardly call myself an expert (on the Constitution), but it allows me to engage in the conversation with the confidence that I built from the (Oratorical) contest.”
While both Goerger and her sister attended Girls State, a requirement of the Samsung scholarship, their grandfather’s military service also made them eligible to apply.
“Throughout my life he has inspired me to form an appreciation for all veterans and has caused me to be active in The American Legion community,” said Goerger of her grandfather, Stanley Whicker, a U.S. Air Force veteran of the Korean War and a member of American Legion Post 6 in Grand Forks, N.D. “My experiences with veterans has taught me the abstract history that cannot possibly be taught in a school setting.”
When Whicker learned of Goerger receiving the Samsung scholarship, she said he “chuckled and said, ‘Well, I guess my time out there was worth it.’ From then on he began taking more interest in American Legion activities in his area.”
Thousands of American Legion Boys State and Auxiliary Girls State attendees apply to the Samsung American Legion Scholarship every year, and one area on the application that helps applicants stand out is community service. While growing up in rural Wyndmere – a population of less than 450 — Goerger became a certified emergency medical responder and volunteered with the ambulance service; revitalized and helped reopen the town’s teen center; and organized a yearly 5k run that raises funds for the Richland-Wilkin Kinship organization, a mentorship program for youth ages 5 to 16.
“It is important to find what you are passionate about, do it, and find a way to convey that passion in your (scholarship) essays,” Goerger said. “Helping others is a true passion of mine.”
As a Samsung scholarship recipient, Goerger received an all-expense paid trip to Washington, D.C., along with the other 2014 scholarship recipients, and she is a member of the Samsung American Legion Alumni Association.
“I really enjoyed the Washington, D.C., trip and think back on it often,” she said. “We received tours of the war memorials and monuments … seeing the memorials through the eyes of servicemembers was very formative and I won’t forget it.”
There have been 1,971 recipients of the Samsung American Legion Scholarships since its inception in 1996. The Samsung American Legion Scholarship is available for high school juniors who participate in the current session of Boys State or Girls State and are direct descendants (or legally adopted children) of wartime veterans eligible for American Legion membership. The Samsung scholarship awards up to $10,000 for undergraduate studies (e.g., room and board, tuition and books), and each applicant is selected according to his or her involvement in school and community activities, academic record and financial need.
Apply online here. 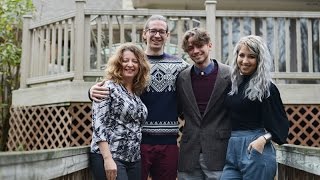 American Legion Boys State is among the most respected and selective educational programs of government instruction for high school students. It is a participatory program where each participant becomes a part of the operation of his local, county and state government.

Boys State has been a program of The American Legion since 1935 when it organized to counter the Fascist inspired Young Pioneer Camps. The program was the idea of two Illinois Legionnaires, Hayes Kennedy and Harold Card, who organized the first Boys State at the Illinois State Fairgrounds in Springfield.

The American Legion Auxiliary sponsors a similar program for young ladies called Girls State. At American Legion Boys State, participants are exposed to the rights and privileges, the duties and the responsibilities of a franchised citizen. The training is objective and practical with city, county and state governments operated by the students elected to the various offices. Activities include legislative sessions, court proceedings, law enforcement presentations, assemblies, bands, chorus and recreational programs.

High school juniors are selected by local American Legion Posts to attend the program. In most cases, expenses associated with attending this program are paid by a sponsoring American Legion Post, a local business or another community-based organization.

American Legion Boys State is currently conducted in 49 Departments of The American Legion. Hawaii does not conduct a program. As separate corporations, Boys States vary in content and method of procedure, but each and every Boys State adheres to the basic concept of the program - that of teaching government from the township to the state level.

The Stanley Johnson Nursing / Health Science Scholarship is awarded to the student who continues his/her higher education pursuing a degree in nursing/medical or health science fields.

This scholarship was established by the Johnson's in honor of his niece, Jean Johnson, who was a British nurse. Because of the importance of encouraging our youth to become future doctors, nurses or other health related professionals Batavia Post 504 has continued awarding this scholarship to date.